A play about identity and acceptance 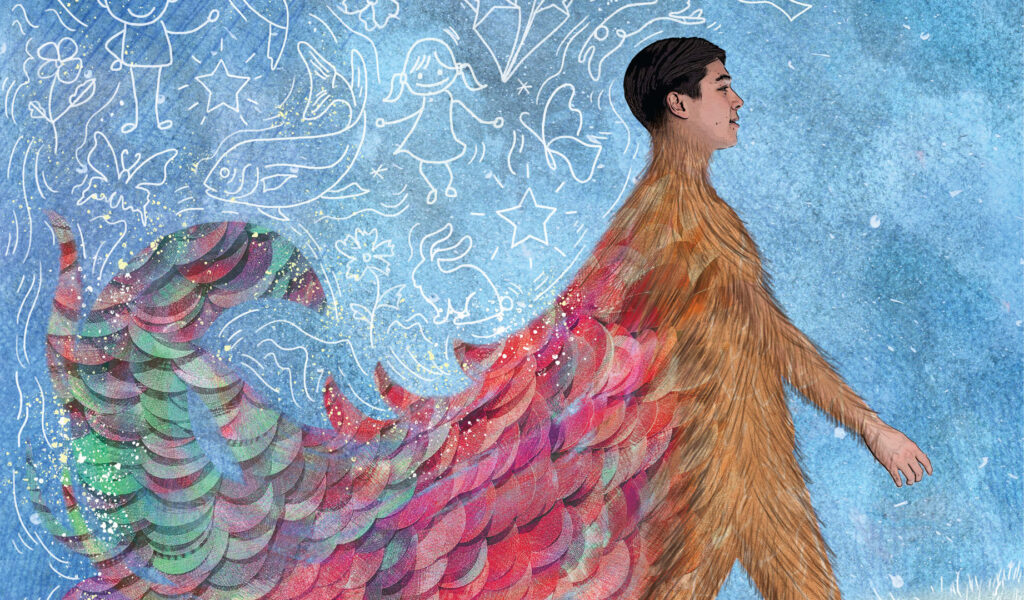 After two challenging years of adapting to ever-changing rules and restrictions, the curtains are going up once again for the 41st season at Geordie Theatre. The theatre company, which has been at the forefront of the city’s English theatre scene for more than 30 years, is kicking off its new season with an adaptation of the children’s book From the Stars in the Sky to the Fish in the Sea by Kai Cheng Thom.

Geared towards audiences 7 and older, the story is about a child born in a little blue house on a hill. Miu Lan is not just any child, but one who can change into any shape “they” can imagine. The only problem is they can’t decide what to be: a boy or a girl? A bird or a fish? A flower or a shooting star? At school, though, they must endure inquisitive looks and difficult questions from the other children.  But they find comfort in the loving arms of their mother, who always offers the same loving refrain: “whatever you dream of / I believe you can be / from the stars in the sky to the fish in the sea”.

The play weaves together universally themes such as identity and acceptance, and it aims to resonate with audiences both young and old. Miu Lan faces many questions about who they are and who they may be, but we are reminded, no matter what, that the eternal bond between mother and child will be unchanged.

Directed by Mike Payette, who during his tenure as artistic director shepherded Geordie to numerous awards and accolades, the show promises to be both a poignant and timely reminder that dreams can become reality with loving support and acceptance.

From the Stars in the Sky to the Fish in the Sea will be on at Centaur Theatre from April 30 to May 1.