From the Stars in the Sky to the Fish in the Sea: Geordie Theatre presents a play of self-discovery

By Mike Cohen, the Suburban 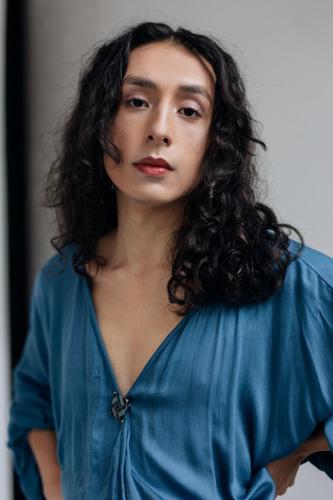 In the magical time between night and day, when both the sun and the moon are in the sky, a child is born in a little blue house on a hill. And Miu Lan is not just any child, but one who can change into any shape they can imagine. The only problem is they can’t decide what to be: a boy or a girl? A bird or a fish? A flower or a shooting star? At school, though, they must endure inquisitive looks and difficult questions from the other children, and have trouble finding friends who will accept them for who they are. But they find comfort in the loving arms of their mother, who always offers them the same loving refrain: “Whatever you dream of / I believe you can be / From the stars in the sky to the fish in the sea.”

The mainstage show will feature a 15 minute question and answer period after each performance and after the Sat. April 30 show at 4 pm an extended Q & A will be facilitated by community partner the Quebec Drama Federation to encourage children aged seven and up and their families to reflect on the themes presented during the show.

Chinese-Canadian trans poet and author, Kai Cheng Thom, chose to explore gender in wondrous and unique ways, through the eyes of a child navigating the complicated worlds of school, family, and friends. Thom’s lived experience flows through the story’s main character, Miu Lan. Geordie Theatre wants to amplify these seldom told but important stories, lifting the voices that are often pushed aside and ignored.

Playright Gabe Maharjan, who also plays the roles of Keenan and Fuzzy Leaf, says  “being a gender-nonconforming performer of colour, it didn’t seem like there were many parts out there for someone like me.” The opportunity to create Kai Cheng Thom’s story for the stage fills them with hope that more children will recognize the importance of being their true selves. Together, we can make change happen.

“I was raised with storytelling being a big part of my childhood,” added Gabe, a grad of Willingdon Elementary School and Royal West Academy. “My mother used her adventurous travel stories to both teach and entertain me and my brother. Later, as a teen, I started editing her jokes as she forayed into the world of standup.

“As I was nearing the end of high school, I felt very certain about all the things I did not want to do professionally… so I enrolled in a performance program!”

For ticket info go to www.geordie.ca.