Reaching for Starlight is Geordie Theatre’s biggest production yet 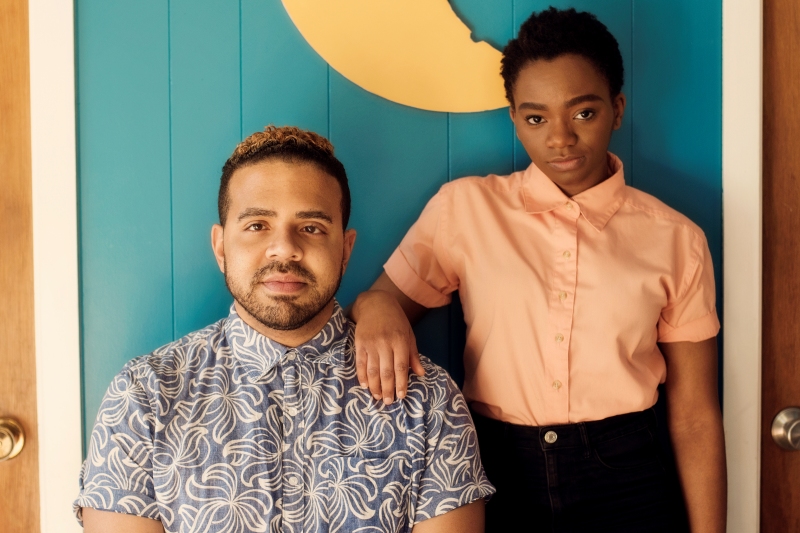 All things considered, it’s a pretty good time to be Mike Payette.

Last year, the Geordie Theatre artistic director and longtime Montreal-based theatre practitioner won for Outstanding Direction at the Montreal English Theatre Awards for helming Geordie’s Around the World in 80 Days.

A few months ago, he and playwright Marcus Youssef brought The In-Between, a challenging and dynamic piece of theatre for and about teenagers, to Monument-National for a short, sweet and successful run as part of Geordie Theatre fest.

A few weeks ago, a production of Lorena Gale’s Angélique — co-created by Black Theatre Workshop and Tableau d’Hôte Theatre and directed by Payette — ended a well-received run at the NAC.

And now his newest piece of work, Reaching for Starlight, may well be the biggest thing Geordie Theatre has attempted in its 40-year history.

“It’s a play that’s been in development for three years,” he says. “It was the first play that I commissioned when I started my tenure over at Geordie, and it’s inspired by a children’s picture book called A Dance Like Starlight.”

The book has a special significance to Payette, who read it to his stepdaughter as a bedtime story.

“That particular book takes place in the 1950s, obviously during a time when there was not a lot of representation — particularly for black folk. The book looks at the story of a black girl who’s inspired by the first black prima ballerina to [dance] at the Met — Janet Collins. I commissioned Donna-Michelle St. Bernard to write a play inspired by it, because we’re not setting the play in the 1950s. The conversation has changed since that time [and] we’re really focused on what it means for a young person to witness, to identify, to articulate and to call out when something doesn’t seem right.

“In our play, we follow a young black girl, Reenie, who wants to dance like her mother danced before her and over the course of the play her Maestra, the lead instructor, [calls] out one of her colleagues, who is also a black student, for not representing the traditional form of ballet.”

Reaching for Starlight, Payette says, asks questions about “who is allowed to be in what is considered a very classical, arguably European traditional form of art.” In doing so, the work probes for other spots in our culture and indeed our day-to-day lives that might be illuminated by questions of this sort.

Payette and St. Bernard’s creation is (necessarily) about social responsibility and questioning traditional structures as much as it is about anything in its plot. That non-white pointe shoes are only just now becoming a thing underscores a larger point about ballet, culture and society at large: yes, we can talk about diversity, inclusion, representation and responsibility, but if structural changes aren’t made to enable those ideals, it’ll be a plus ça change situation in perpetuity.

“It’s a great responsibility to tell stories to children, I think,” says St. Bernard, a two-time Governor General’s Literary Award nominee who says she was taken aback by Payette’s commission.

“To be honest, I [was] a little bit surprised to be asked. I’ve developed some TYA works that haven’t been produced, but this is my first TYA work that will be on stage. I was intimidated both by the work that Mike and Geordie do and by the faith that was being placed in me.”

Not only faith, but also time. Being asked to create something is one thing, but being given the space and time to create things properly is quite another.

“Something about the amount of support and the amount of luxurious resources compelled me to be really responsible to the commission,” she says. “In that way, the challenge that has made the piece as strong as it is, God willing, is wanting to serve the reason why they wanted the piece written and wanting to serve my own politics and aesthetic — knowing those things aren’t necessarily aligned but knowing that they’re not deemed incompatible.”

Payette strongly believes that the art we make and ask people to watch can’t be a simple and simply-stated performance. As a result, Reaching for Starlight explores the notion that we have to make things that affect communities and not just audiences.

“We need to be creating pieces, in theatre, in art, that are meant for larger audiences [while] redefining who those audiences actually are, ensuring that when we’re talking about ‘the masses,’ we’re not talking about one particular demographic,” he says. “Young people are having these conversations but the adults sometimes have difficulty defining or coming to terms with how to continue the conversation so that there’s actually progress. That’s what we’re always trying to do at Geordie, and that’s a universal thing, it’s not a particularly black thing.

“To me, this is not a black play. My in, in terms of this story, is the uniqueness of the black experience that allows a larger audience to learn something outside of their own reality. If we’re not creating work that allows for the bridges, in terms of the universal matched with the uniqueness of individuality, then we’re doing it a disservice. For myself, I am only interested in that kind of work.” ■